PRP – what is it and how is it obtained? - plasmolifting.shop 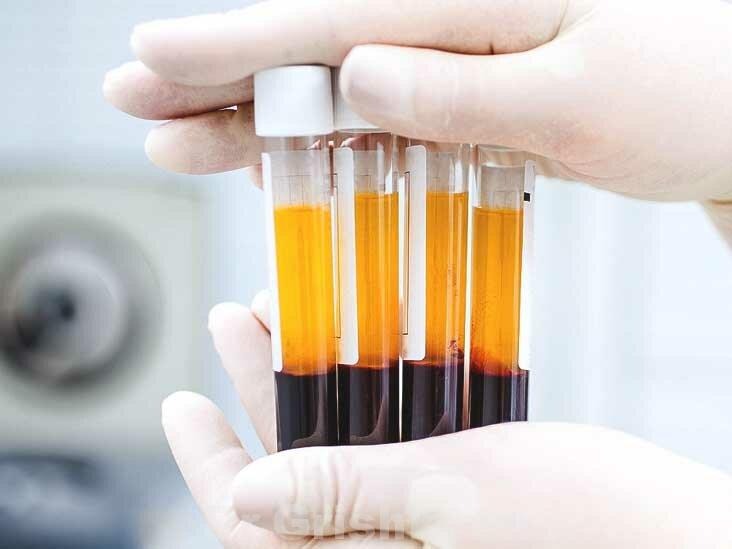 Although platelet-rich plasma (PRP) offers an abundance of molecules of the coagulation system such as fibrinogen or prothrombin, followed by an oversupply of essential nutrients and various bioactive molecules, this is mainly understood an autologous platelet concentrate. Platelets play a central role in the therapeutic applicability and effectiveness of PRP, as they release numerous growth factors, cytokines and chemokines, thus causing a wealth of effects in the area to be treated, such as attracting immune and stem cells, activation of cell differentiation, tissue regeneration, vascularization of damaged tissue, etc.

For the production of PRP, 10-60 ml of venous blood is cell-friendly taken from a patient using a BD Vacutainer blood collection system. Subsequently, the autologous blood is centrifuged in so-called PRP tubes for a few minutes. Due to the hundredfold or even more than a thousandfold increase in gravity during centrifugation, the blood is separated into three fractions according to their specific gravities:

-    Red blood cells, or erythrocytes, which make up about 99% of all blood cells and account for 37-49% of the blood volume (hematocrit), are pushed to the bottom of the tube due to their weight.

-    The middle layer, the so-called buffy coat, which accounts for less than 1% of the centrifuged blood, is only a few millimeters thick and lies above the red blood cell fraction. White blood cells such as monocytes, lymphocytes and platelets can be found here.

-    The top layer is the so-called platelet-poor plasma, whose proportion in whole blood usually varies in the range 50-60%.

After completion of this centrifugation process, the desired fractions are aspirated and, in many procedures, separated with a second centrifugation step for obtaining the required platelet concentration. Depending on whether the boundary layer is used or discarded in subsequent steps, leukocyte-rich or -poor PRPs are obtained (lr-PRP and lp-PRP, accordingly). Against this background, the Plasmolifting technology is based on the use of a highly effective and patented separation gel and thus offers a very simple, safe and efficient one-step method for obtaining highly concentrated platelet concentrates.

PRP- what can be found in an injection?

PRP and PRP are not always the same and the exact composition in an injection depends on many variables. Depending on how the whole blood was taken or treated before centrifugation, which centrifugation protocol (rpm and centrifugation time) was used, which additives were added and also individually depending on the respective patient, the composition of the final preparation may greatly vary in relation to platelets, leukocytes as well as other added or autologous blood components.

In the peripheral blood of a normal donor, there are 150.000 to 350.000 platelets per microliter (μl). However, platelet concentrations reached in PRP exceed the level of blood by 2.5 and up to 9 times, up to more than one million cells per μl (1).

But the question of which concentration of platelets would be optimal cannot be answered according to the motto "the more the better": With the highest possible platelet concentration, it is not necessarily possible to achieve better therapeutic effects. For example, one study showed that a 2.5-fold concentration gave a better result than higher concentrations that inhibited cell growth (2). Further research is needed to answer the question in a differentiated way.

Leukocytes or white blood cells are the cells of the innate immune system and are primarily responsible to defend against pathogens in the body. But whether the presence of leukocytes in PRP can improve the desired therapeutic effect is controversial and not yet scientifically proven. According to some experts, the excessive local number of white blood cells prevents the healing process of the tissue by promoting catabolic and inflammatory metabolic state, which could potentially lead to long-standing inflammation, scarring and even damage to nearby tissues (3). However, other experts argue that while leukocyte-rich milieu does not significantly accelerate tissue healing, it does not have negative and but still rather positive effects on the healing process.

Save products on your wishlist to buy them later or share with your friends.